Get to Know
Dr. Ruth Rojas 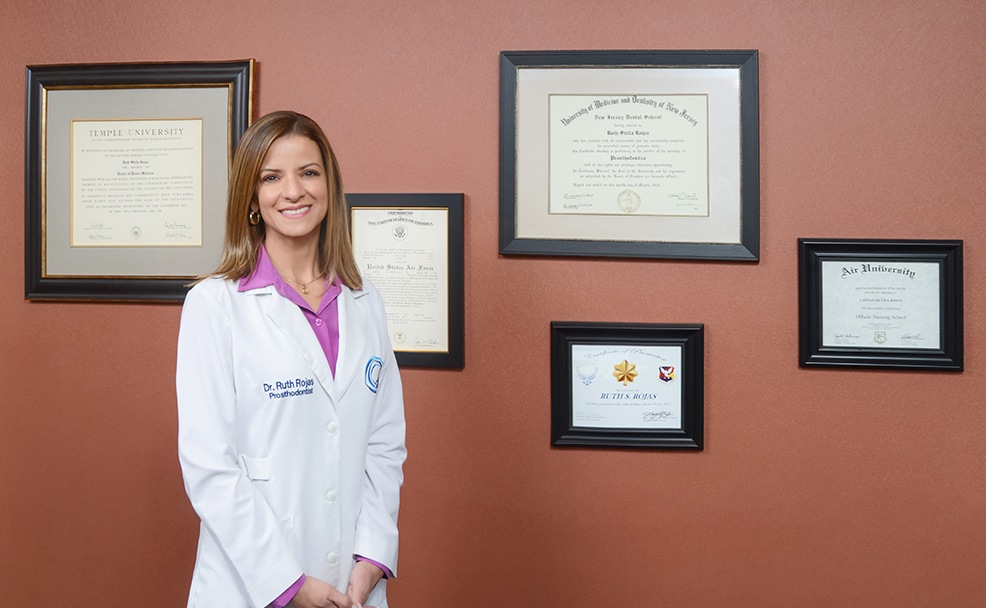 Dr. Rojas graduated from Temple University in Philadelphia in 2006. Following graduation, she completed a three-year specialty in Prosthodontics at UMDNJ in New Jersey. After completing her residency, Dr. Rojas was selected to join the U.S. Air Force as a Prosthodontist. She was stationed at Joint Base McGuire-Dix-Lakehurst in New Jersey.

During her military assignment, she had the unique opportunity to treat thousands of military personnel, supervise and guide treatments rendered by over 20 general dentists as well as being the director of the implant board and the dental laboratory on the base. Dr. Rojas (Major Rojas) separated from the Air Force after four and a half years of service.